This week, the Nursery children are learning the story of Handa’s Surprise by Eileen Browne. Thank you to all the parents who have brought in some wonderful fruit and vegetables for the children to learn about and try! Today we were finding words to describe our fruits.

“The pineapple is spiky on the top.” Freddie

“I brought a hairy coconut! It’s got milk indie but it’s hard to get it out!” Bobby

Bobby has also brought a dragon fruit to show us. Nasiru suggests that “if you eat it, you might turn into a dragon!”

Chloe has brought a watermelon to put in the basket. “I got a watermelon. It’s a semicircle. It’s red and green and there’s black bits, pips in it.”

Maisie M shows us her kiwifruit (or as the Kiwi’s call it, a Chinese Gooseberry.) “I got a kiwi. It’s juicy. We cut it and then we get a spoon to peel it.”

Over the past few weeks the Nursery children have been taking care of some caterpillars. The tiny caterpillars ate and ate until they became big, long caterpillars. Then they each made a cocoon (chrysalis). One morning we arrived to find that they had popped out of their chrysalis', having turned into butterflies. We fed them oranges and sugar water and looked after them. The children named them Cecil, Bucket, Buckle, Bobby and Best. The Nursery and Reception children then said farewell to them and let them fly away.

Things we noticed about our class butterflies…

“The butterflies can fly. I’ve been watching them.” Chloe

“The cocoon cracked and the butterfly flew out.” Morgan

“A tiny egg on a leaf and it popped out a caterpillar. The butterflies stretch their wings.” Nathaniel

“He growed into a butterfly.” Charlie M

“He cracked out and then he flew away.” Michelle

“It cracked out the cocoon.” Maisie A

“There’s three butterflies. Two are still in the cocoon. They’re not ready yet.” Tommy

“They open their wings and orange come out.” Yasmin

“The butterflies are black and white and orange.” Maisie M

On Friday 10th June we celebrated Her Majesty, Queen Elizabeth's 90th Birthday. We dressed up as Kings and Queens, Princes and Princesses for the day and had a great time!  We did fun activities such as making crowns and bunting and we also baked and decorated biscuits. 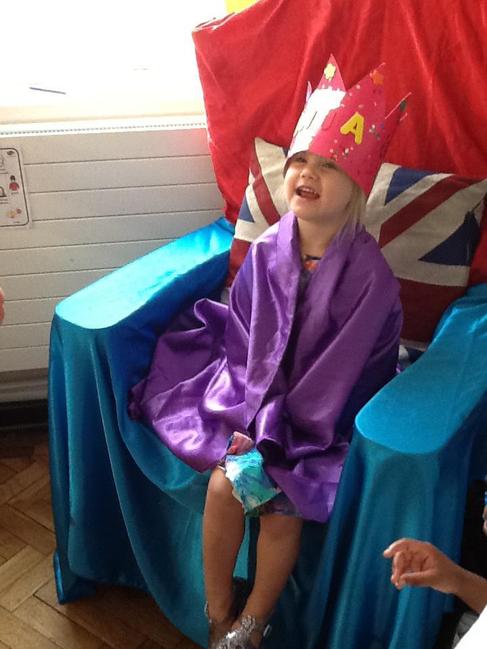 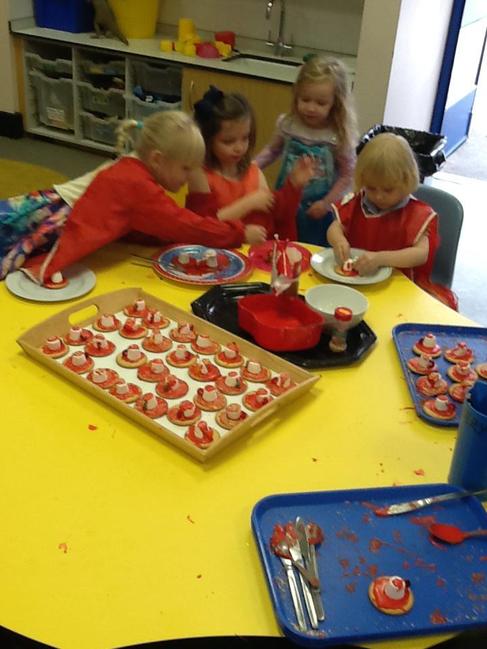 This was followed by a special picnic lunch outside in the playground. Decorations like bunting were made and put up outside which made it feel like a street party! We had cupcakes which were decorated with an iced '90' which tasted really good! 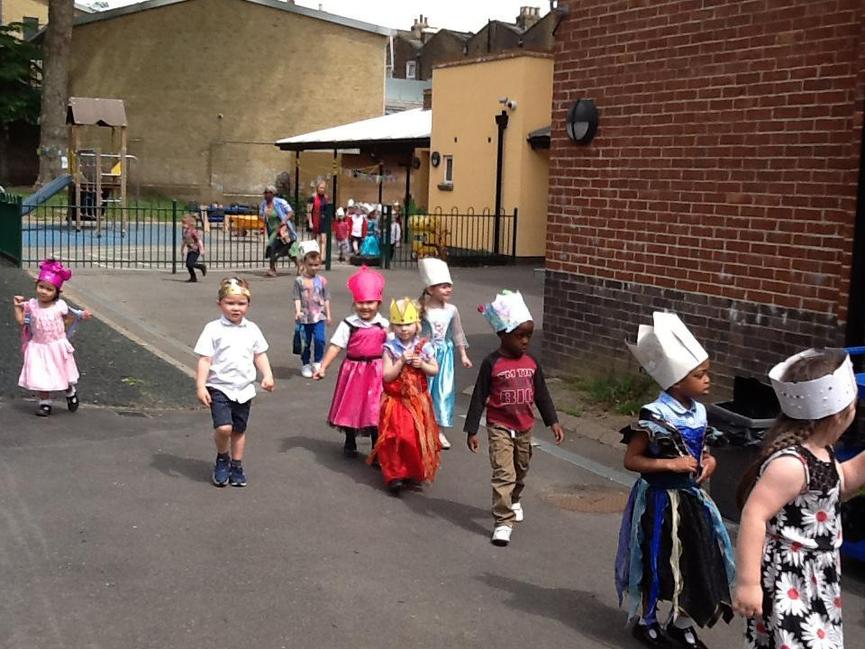 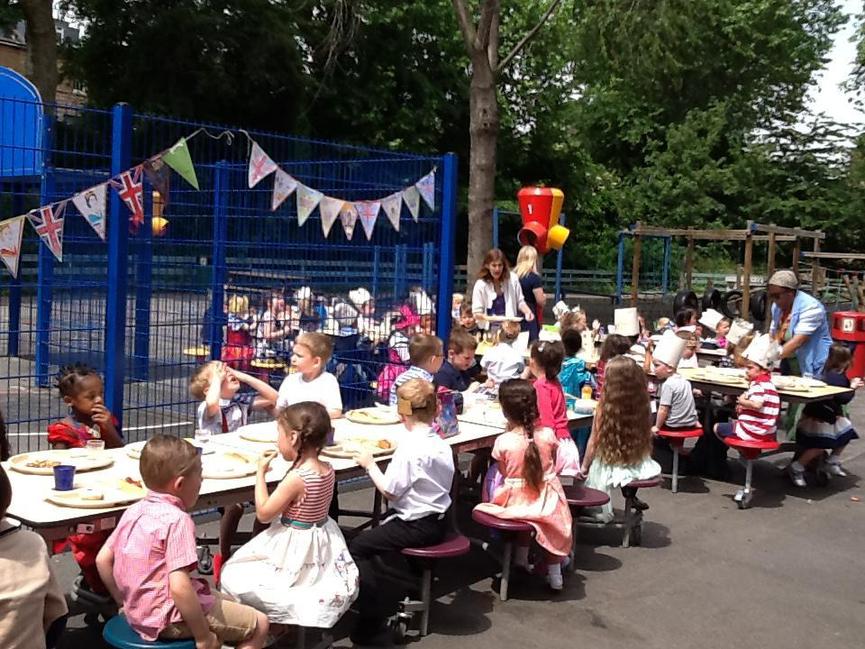 They learned about following a recipe and have baked, decorated and enjoyed feasting on Gingerbread men.

St Elizabeth class explored the characters in Goldilocks and the Three Bears and learned about ordering things like bowls and chairs, from smallest to biggest.

We have collected twigs from the garden and made nests for the ducks as we studied the tale of the Ugly Duckling. We spent time thinking about how he was sad when he was on his own and how we can be a kind friend to others, when they are feeling gloomy.

The children’s favourite tale of all has been The Three Little Pigs. We had a mystery visit from mister wolf and the children’s imaginations were brought alive by the story and the character of the Big Bad Wolf.

Here are some quotes from the children as they consider the story.

“You know the big bad wolf was trying to eat my dinner. My mummy told him off!”

“Do you know he ate all my toast and all my eggs!”

“The Big Bad Wolf, he came to my house. It’s a bit tricky because he’s got big claws on his feet!” 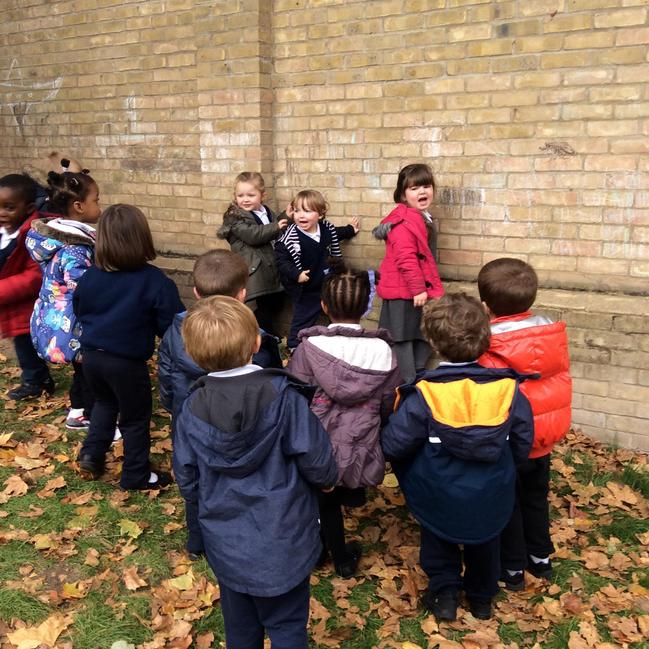 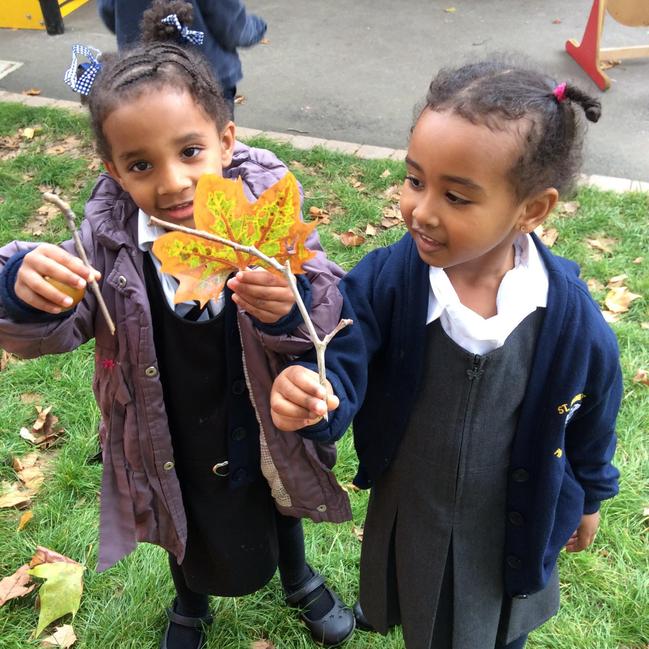 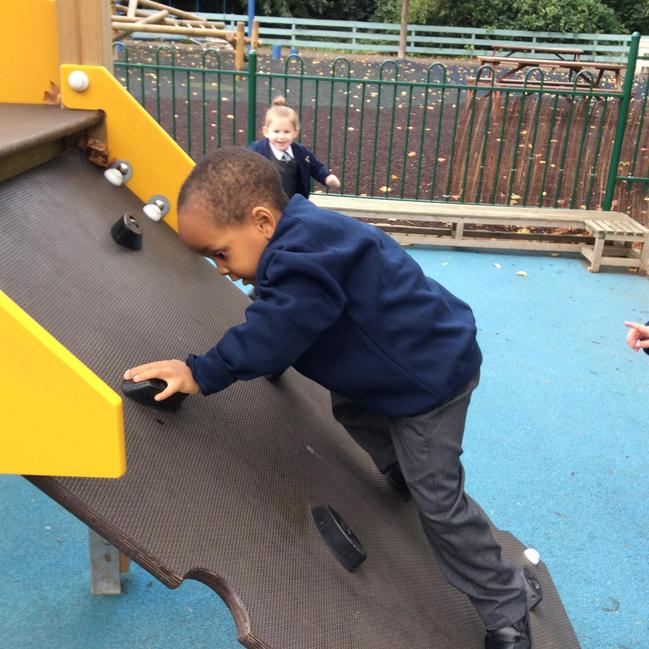 All of the children have been settling in to Nursery throughout this half term. It has been a joy to see them making new friends, learning about the routines and how we play in the Nursery. The children have enjoyed exploring their new learning environment both indoors and outdoors. They have been busy learners, drawing, building, climbing, counting, playing games like 'What's the Time Mr Wolf' and enjoying exploring the autumn leaves which have fallen from the great tall tree in our playground. We have been learning through the topic 'All About Me' and have been sharing about what they like, their families, We have read the book From Head to Toe by Eric Carle and been learning about our bodies and thinking about how we can move with them. "I am 4 and I can climb." "I am 3 and I can draw. "