History of our School

In 1862 the Dominican Order purchased the land on which the school, church and hall are now built. The “Old School” opened in October 1869 and was run by a group of Dominican Sisters. In 1872 boys and girls were taught separately by lay teachers in a school heated by coal fires and stoves! In 1912 fund raising began to build a new school. This was completed in 1932 at the cost of £32,000 and it opened in August 1932 for children aged between 5 and 14. In September 1939 due to World War II, the whole school was evacuated. The Junior and Senior children went to Luton and Cornwall while the Infants went to Kettering. The school was then used as an auxiliary fire station until it re-opened in 1941. In 1958 St. Dominic’s became a Junior Mixed School, teaching children up to the age of 11.

In 1971 the Nursery unit opened on the site of part of the Priory Garden taking 34 children. In 1980 the Infant and Junior Department were amalgamated to become St. Dominic’s Primary School.

More recently, the school was very fortunate to receive substantial funding from the Diocese and Camden Local Authority to carry out necessary improvement works to the building and also the outside environment. Major building works took place from 2012 to 2014 and resulted in a wonderful new learning environment for our school community. Please look at the ‘Celebration Mass and Blessing 2014’ page of our website for more information and photographs about this important event in our school’s history. 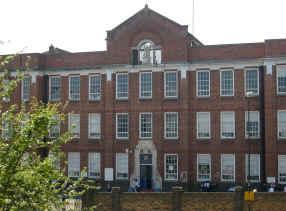